The University of St Andrews Typhoons Ice Hockey Club offers a diverse and friendly group, united by a love for Ice Hockey

The Typhoons Ice Hockey Club currently has around 25 members and is open to players of all levels and aspiration.

The club also welcomes social members to cheer on the Typhoons who may have an interest in ice hockey, but who may not necessarily be keen to compete.

*Days and times will change on weekly basis due to arena availability – please speak to the club directly for exact times. 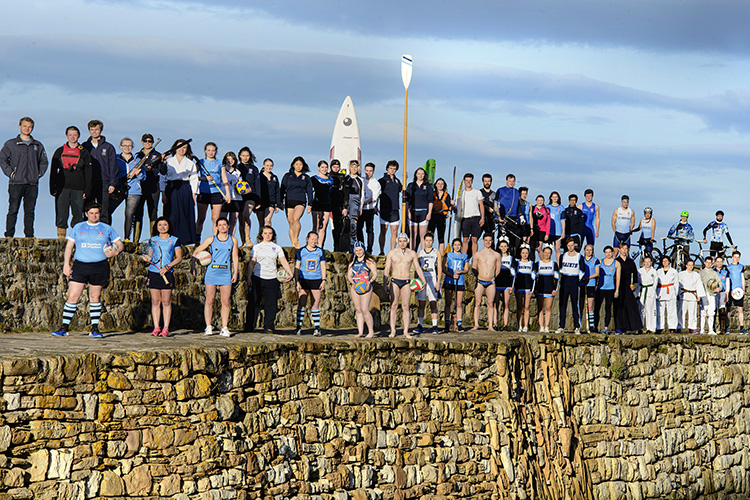 All matriculated students at the University can join the Typhoons Club.

If you are a graduate from St Andrews and a former member of the Ice Hockey Club we would love to hear from you, and would encourage you to join our ever expanding network of alumni. If you would like to be kept up to date with news, activities and events from Saints Typhoons, please ensure we hold the correct information and contact details for you by completing our short online form. By supporting Saints Typhoons you will be helping the club provide extra equipment, playing kit, clothing, additional training and transport provision, match officials or extra coaching, that will add greater value, more opportunities and a better experience for our students.